First Supervisory Board : when there was fear and tears.

Today I had my first supervisory board. I had quite a few days notice of it, unlike others. And I put together a presentation which I’ll insert here (or part of it, there’s one other slide that has about 200 animations on it and it looks like a complete mess in .png form). Now, for some context, I was actually in a brilliant place for this first milestone, as one of the slides shows off. I had papers published, journal paper in the making, more submitted, conference presentations coming up, I’d done IGGI modules and GLA marking work and am one of the chairs in a successful competitions.

Promo break: deadline for GVGAI2P submissions is 15th May! It’s very easy to enter and there may be prizes involved for the winners, so why not give it a go!

Back to regular program. I was also involved in different projects, collaborating with students and, although not included in my report, I got one nomination for best paper from one of the reviewers for the EvoStar paper (which was ignored and I’m not actually in the running, but it was a big thing for me!). So really, I should’ve walked in there with not a worry in the world!

… But of course that’s not what happened. You see, I’m a very anxious person. You tell me I’m supposed to present my work in front of people who already know it (and therefore know if I’m talking crap) and one other person who has no idea what it is (and I have to make it sound good), and I’ll freak out. There was panic. There were almost tears. There was talk of running to Mexico.

In the end, I did cancel my flight to Mexico and showed up at the meeting. Arrived a few minutes early and I ran into one of my supervisors who was just going off to get some coffee, but invited me in the room anyway. My other supervisor was there and he was trying to find the documents I’d submitted for this meeting. Yeah, they don’t all actually read them. Huff! I fumbled with the HDMI cable for a while to connect my laptop to the monitor for a better display of my few slides. Then the board chair walked in. He didn’t say much until the coffee supervisor returned. He didn’t say much after either and instead asked me to do the presentation I’d prepared. So I did. 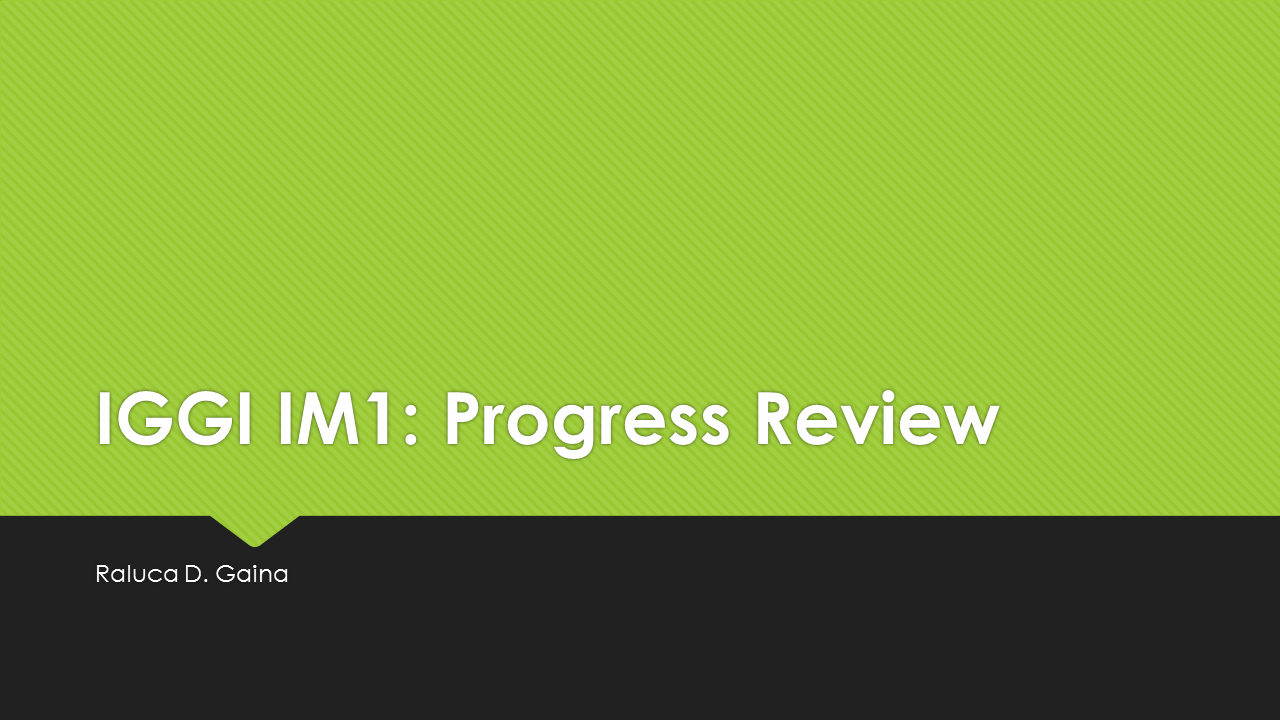 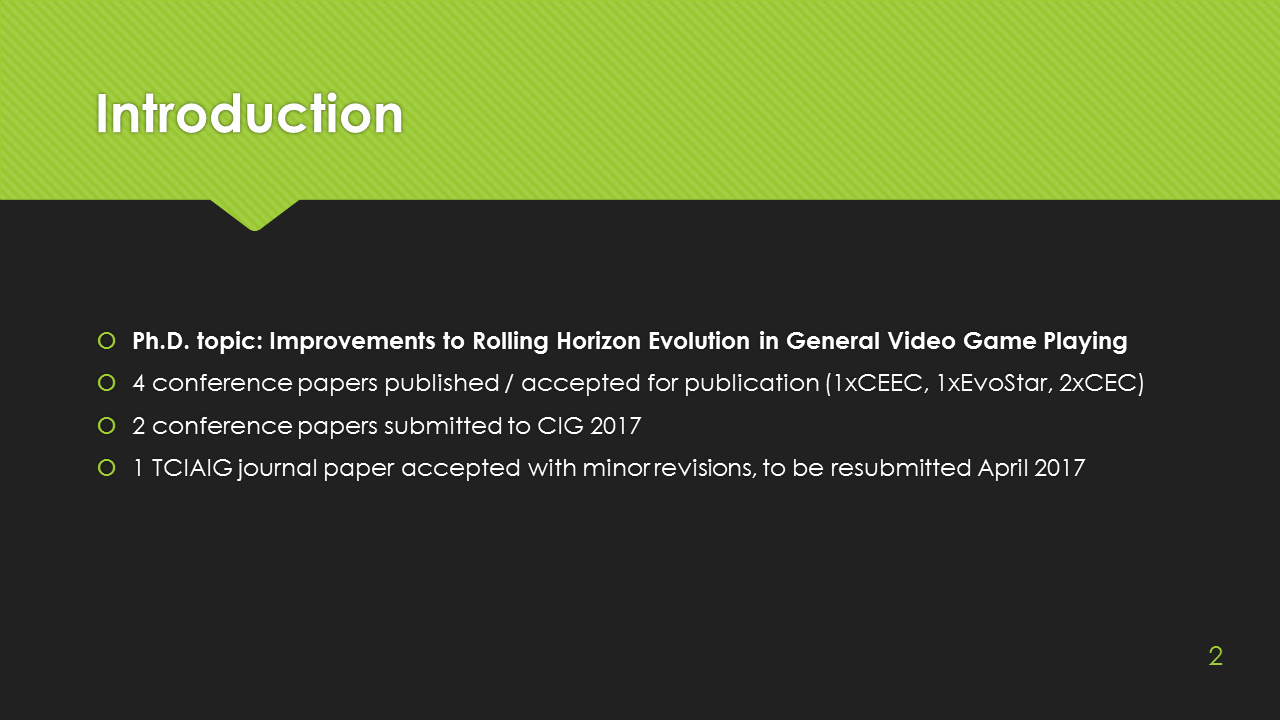 Introductory slides. I assumed they knew who I was so I skipped saying my introduction. Was that the first mistake? I got through saying my main research topic though, as well as adding that the rest of that slide was just me showing off because I’d been busy. (hint, hint, be impressed and save the torture for others). My legs were crossed defensively, my hands were clamped in my lap, sweating. My heart was trying to jump out of my chest. I wondered if my hair looked all fluffy from the wind outside. 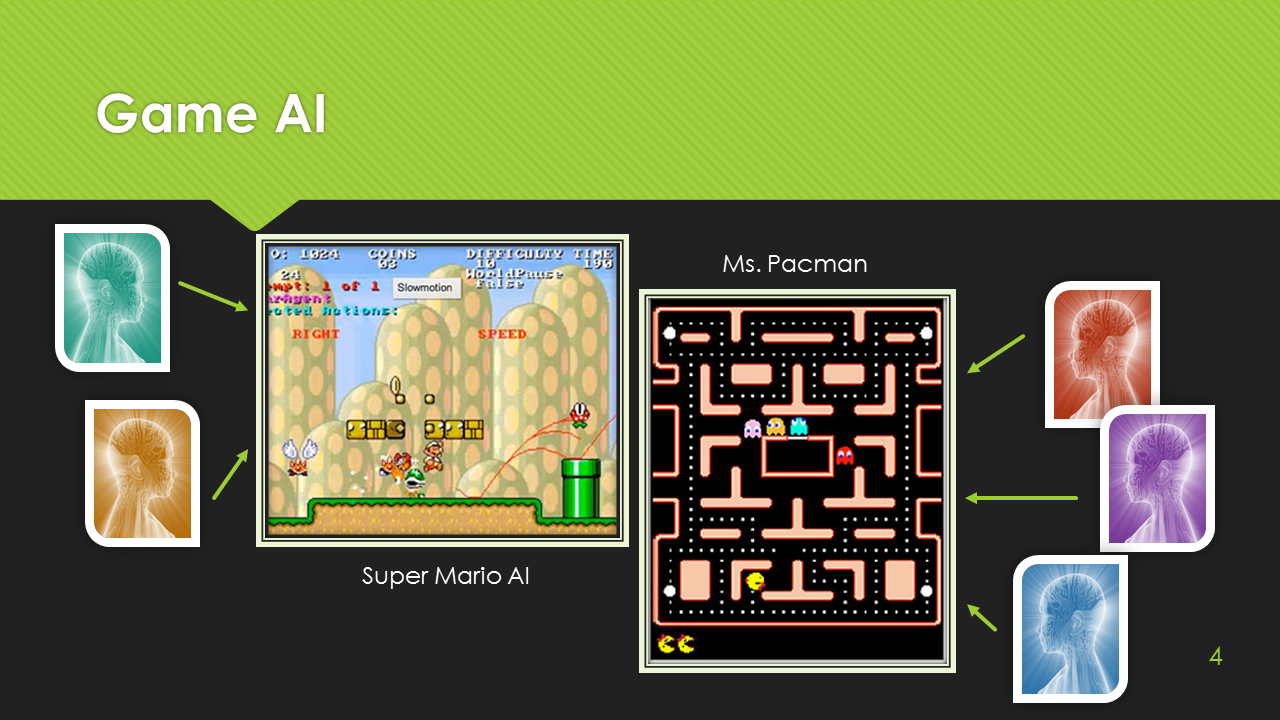 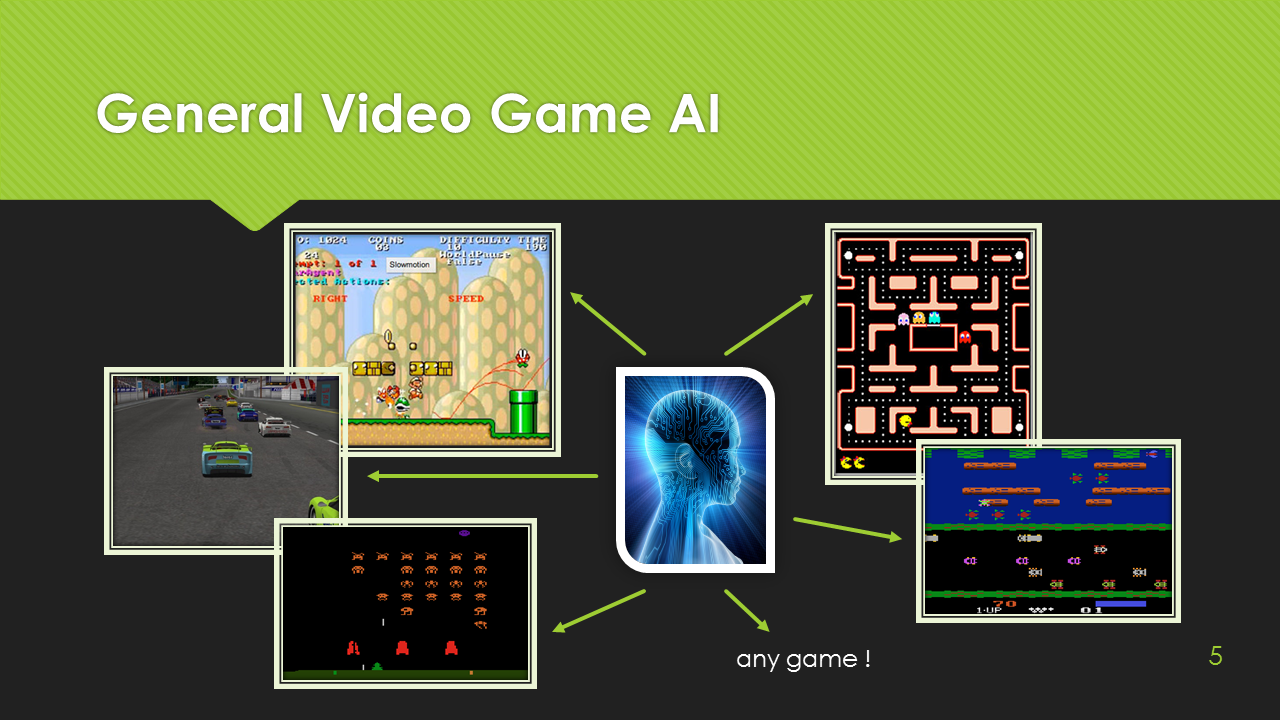 The missing slide was before these two, explaining my algorithm and how it works in the context of games. I babbled so much on that one slide, words were not my friends this morning. The board chair stopped me at some point to clarify something (so I was clearly not making any sense) and they were all scribbling in their papers, even my supervisors! That panicked me more, it must mean I was talking nonsense, so I babbled more. I focused mainly on the board chair, since the other two supposedly knew what I’d been up to. And somehow I got through these slides. Those two pictured here are implying general game AI: one AI that is not able to be brilliant at only one game, but any given to it. 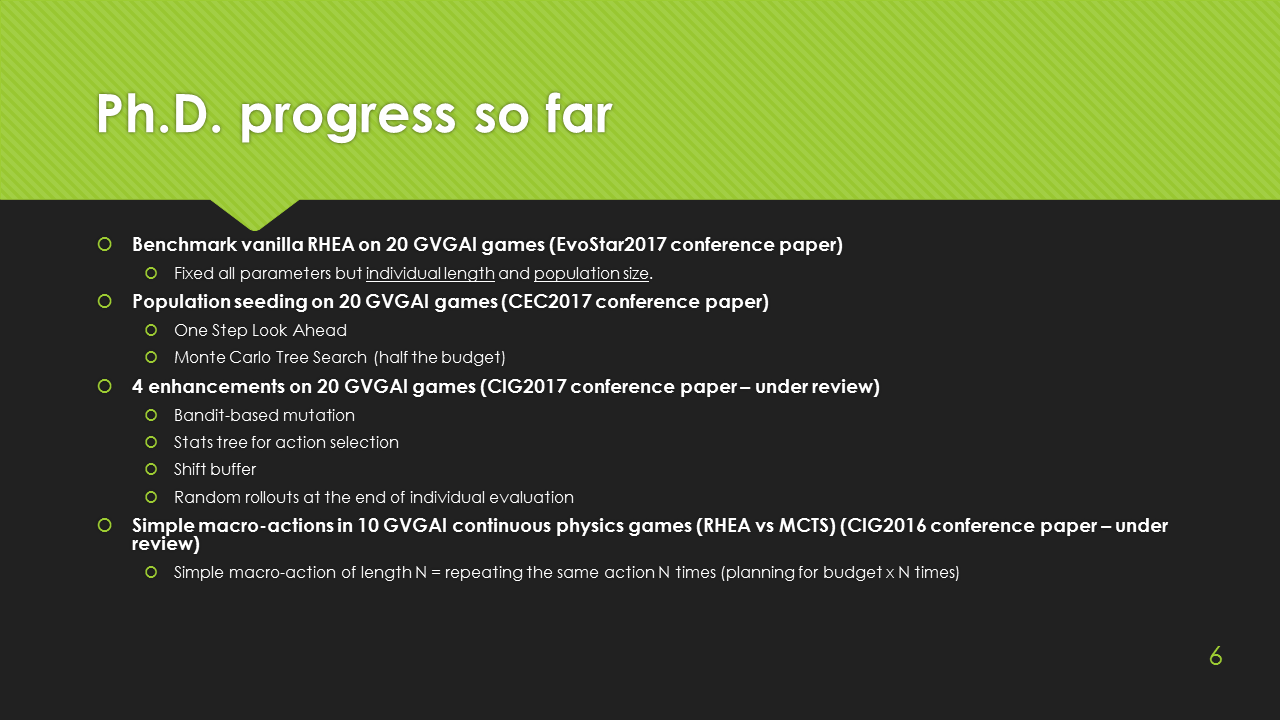 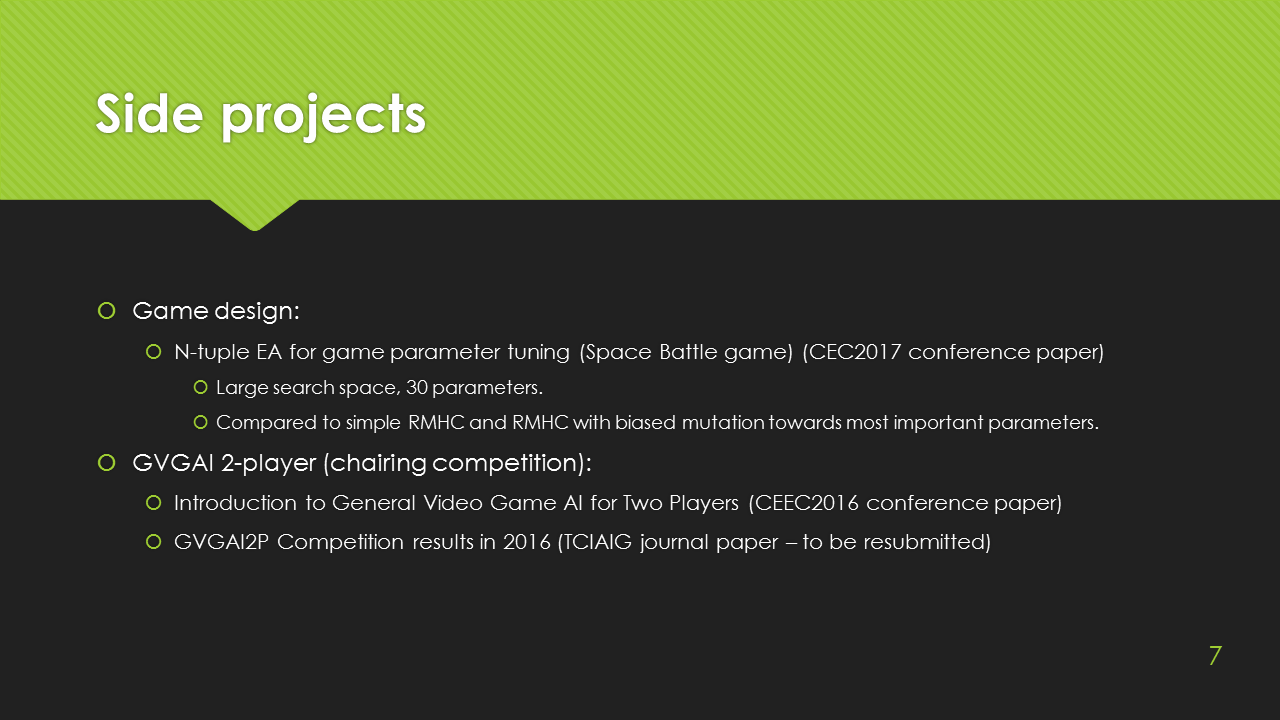 Then came the time to say what I actually used this algorithm for. I started getting my hands involved a bit at this point to cover my babbling. Gesturing is a great cover up! I went slowly through all the papers and explained what happened in each one, doing my best to give details so it makes sense, while not spending hours presenting them. The corners of my eyes were focused on my supervisors who looked intrigued by what I was saying. Another time to panic, but at least they had friendly faces on. Eventually I finished and I could breathe again.

Then came the questions from the board chair. They asked some details about the algorithm and framework, to understand what I was trying to explain better. Fair enough, that one’s easy. Then he asked some more details which confused one of my supervisors a bit, but they both chipped in to help. Then came the tough question on how I was going to achieve what I had written in my plans. But at least it wasn’t posed necessarily in a “tell me a good methodology or you’ll regret it”. It actually came with problems I should consider and suggestions for what to focus on and where to start. There was a question addressed to one of the papers that the board chair wasn’t convinced by and I should have defended that better. And then the three of them had a little chat on more things that could be done, trying to fish from the board chair’s experience outside games for methods that could be applied to make things more effective.

There was praising all through the questioning, I did do well. Somehow though, in my panic, I was on the brink of tears the whole time. Especially when the board chair was saying nice things. All my nerves bubbled up at my silliness and I almost cried for absolutely no reason in the middle of my first board meeting. I didn’t though!

And I was kicked out after less than half an hour. Celebratory chocolate! And a hunt for campus cat, who I’d spotted in the morning before the meeting and received some good luck cuddles from him. It didn’t last long though, he soon ran off to lie in the sun. Maybe I should too.